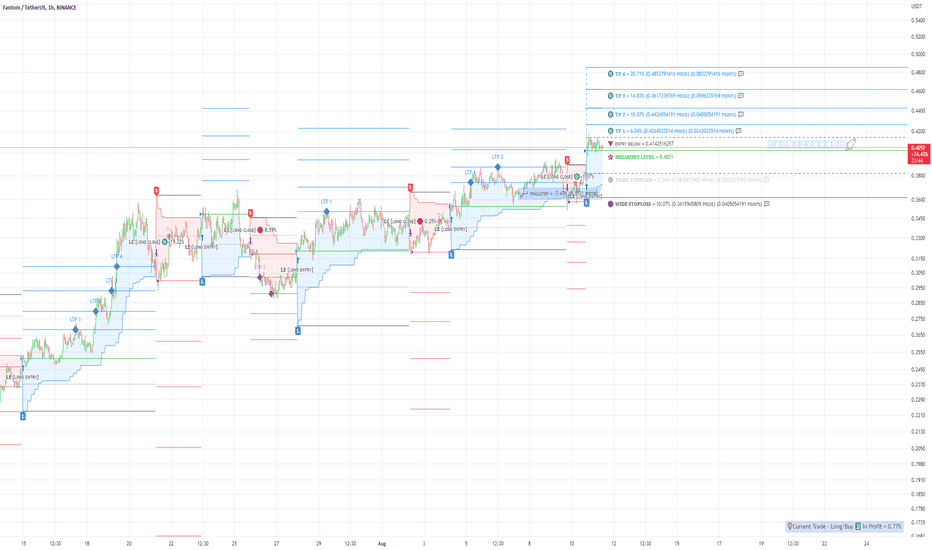 FTM/USDT Buy ✅ What Is Fantom ( FTM )? Fantom is a directed acyclic graph (DAG) smart contract platform providing decentralized finance (DeFi) services to developers using its own bespoke consensus algorithm. Together with its in-house token FTM , Fantom aims to solve problems associated with smart-contract platforms, specifically transaction speed, which developers say they have reduced to under two seconds. The Fantom Foundation, which oversees the Fantom product offering, was originally created in 2018, with the launch of OPERA, Fantom’s mainnet, coming in December 2019. Fantom is an open-source decentralized smart contract platform for DApps and digital assets that was created as an alternative to Ethereum . Fantom has the goal of overcoming the limitations of previous generation blockchains and balancing three components: scalability, security and decentralization. The project offers a set of tools to simplify the process of integrating existing DApps, as well as a detailed staking reward system and built-in DeFi instruments. Fantom is a Layer-1 blockchain that uses a scratch-built consensus mechanism and independent consensus layer, Lachesis, to facilitate DeFi and related services on the basis of smart contracts. Lachesis provides security for other layers as well, including Opera, Fantom's EVM-compatible smart contract chain. The long-playing mission of the project is to “grant compatibility between all transaction bodies around the world.” One of Fantom's key strengths is its performance and efficient transaction processing, namely thousands of transactions per second, where transactions are settled in 1-2 seconds, and the cost is fractions of a cent per transaction. As a result, Fantom provides higher scalability but at a lower cost. The ecosystem is based on two main technologies: Lachesis protocol and Opera. The Lachesis protocol is the core consensus layer that secures the Fantom network by providing both transaction speed and security. Lachesis is an aBFT consensus engine that uses a directed acyclic graph (DAG) algorithm. How it works: network data can be processed at different times, and the network filters the participants, allowing only one third, which are allocated due to erroneous or malicious behavior, without compromising network processes. Fantom's Asynchronous Byzantine Fault Tolerant (aBFT) Proof-of-Stake ( PoS ) consensus mechanism maintains the efficiency of the entire network, its design provides security at maximum speed. Fantom developers emphasize that the PoS mechanism is a leaderless phenomenon — there are no leaders of blocks and participants, and anyone can join (or leave) the network of nodes at a convenient moment. The key qualities of Lachesis are: asynchronous, leaderless, Byzantine fault-tolerant, and near-instant finality. As for Opera, it's an application development layer or Fantom's mainnet deployment platform, permissionless and open-source hosting DApps. Thanks to EVM integration and support for the Solidity programming language, Fantom has a full set of smart contract capabilities, which allows users to seamlessly interact with Ethereum platforms while maintaining the advantage of Fantom's transaction efficiency. The Fantom Foundation concluded that removing block leaders improves network security, so Opera uses a PoS model and leaderless validators (validators do not determine which blocks are valid). In addition to being a fast, secure and cheap payment platform that enables to make fast and secure payments at minimal cost, Fantom also features on-chain governance where users vote with FTM tokens (one token equals one vote). Of the features: users have the right to express the degree of agreement / disagreement on a scale from 0 to 4. FTM is the native utility in-house PoS token of Fantom that powers the ecosystem and is applied for payments, network fees, staking, and governance. FTM forms the backbone of transactions, and allows fee collection and staking activities, along with the user rewards the latter represents. 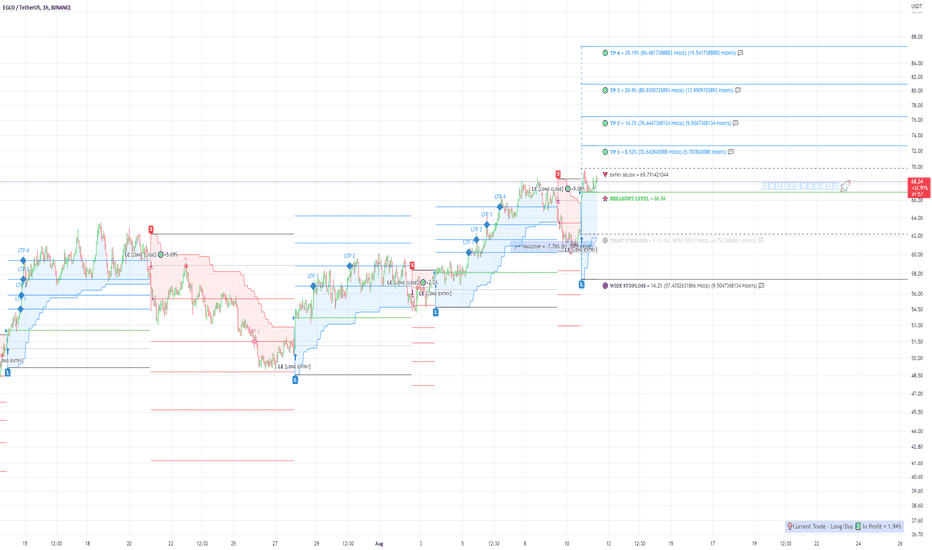 EGLD/USDT Buy ✅ What Is Elrond ( EGLD )? Elrond is a blockchain protocol that seeks to offer extremely fast transaction speeds by using sharding. The project describes itself as a technology ecosystem for the new internet, which includes fintech, decentralized finance and the Internet of Things. Its smart contracts execution platform is reportedly capable of 15,000 transactions per second, six-second latency and a $0.001 transaction cost. The blockchain has a native token known as eGold, or EGLD , that is used for paying network fees, staking and rewarding validators. Elrond was first announced in August 2019, and its mainnet went live in July 2020. 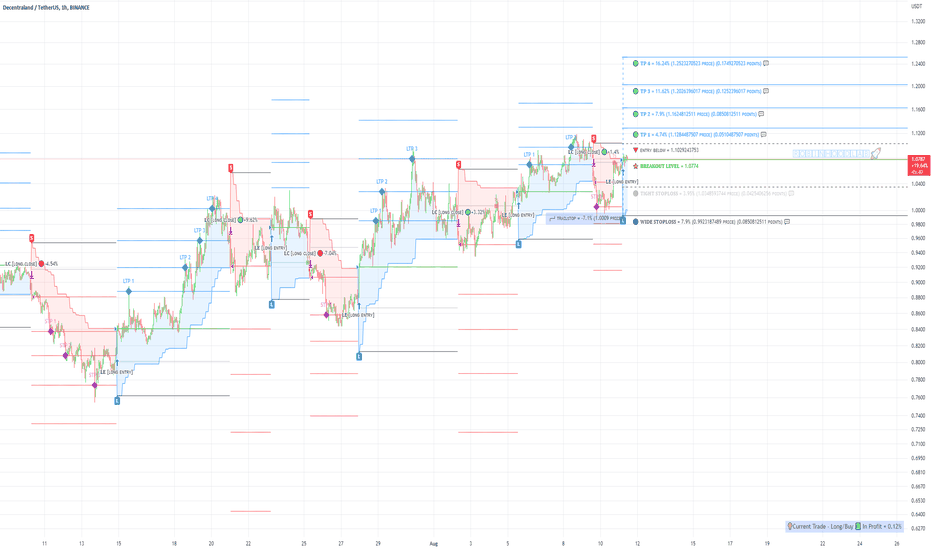 MANA/USDT Buy ✅ What Is Decentraland (MANA)? Decentraland (MANA) defines itself as a virtual reality platform powered by the Ethereum blockchain that allows users to create, experience, and monetize content and applications. In this virtual world, users purchase plots of land that they can later navigate, build upon and monetize. Decentraland was launched following a $24 million initial coin offering ( ICO ) that was conducted in 2017. The virtual world launched its closed beta in 2019 and opened to the public in February 2020. Since then, users have created a wide range of experiences on their parcels of LAND, including interactive games, sprawling 3D scenes and a variety of other interactive experiences. Decentraland uses two tokens: MANA and LAND. MANA is an ERC-20 token that must be burned to acquire non-fungible ERC-721 LAND tokens. MANA tokens can also be used to pay for a range of avatars, wearables, names, and more on the Decentraland marketplace. 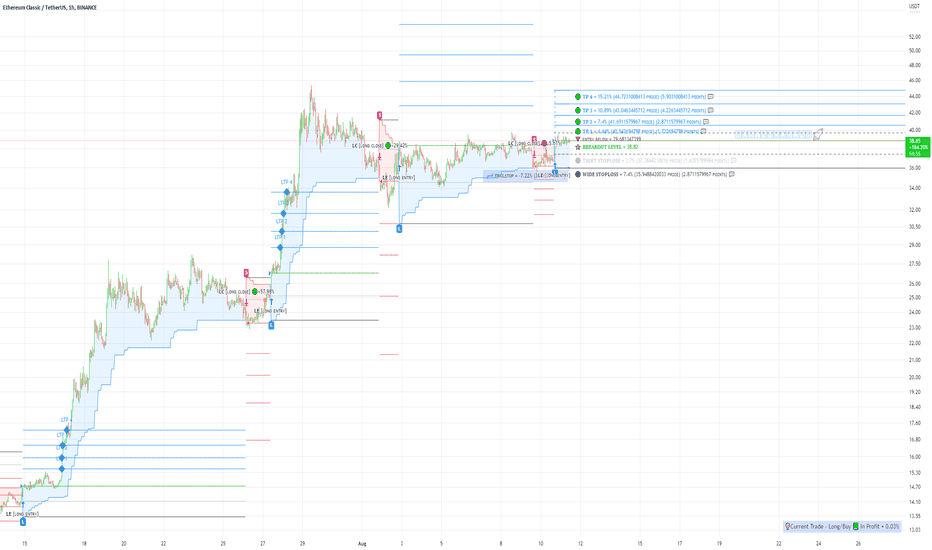 ETC/USDT Buy ✅ What Is Ethereum Classic (ETC)? Ethereum Classic (ETC) is a hard fork of Ethereum (ETH) that launched in July 2016. Its main function is as a smart contract network, with the ability to host and support decentralized applications (DApps). Its native token is ETC. Since its launch, Ethereum Classic has sought to differentiate itself from Ethereum , with the two networks’ technical roadmap diverging further and further from each other with time. Ethereum Classic first set out to preserve the integrity of the existing Ethereum blockchain after a major hacking event led to the theft of 3.6 million ETH. 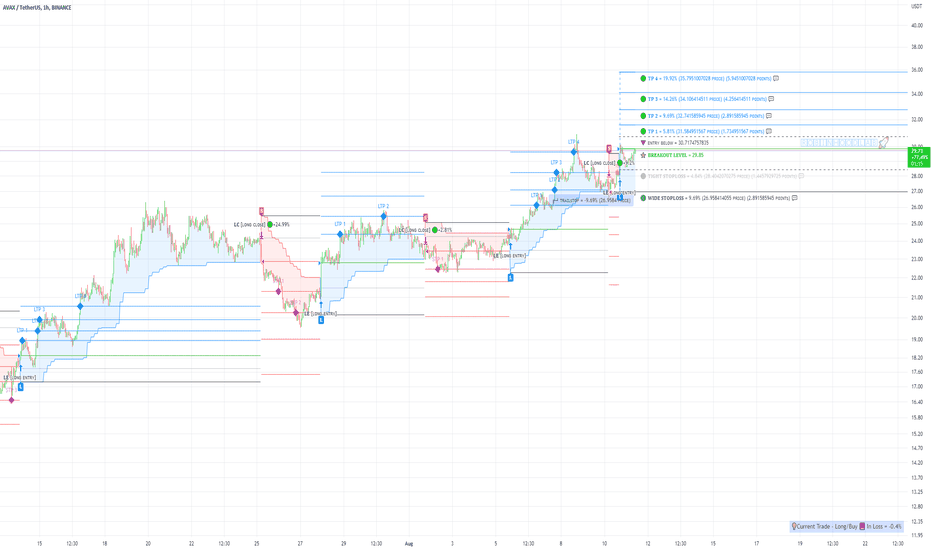 AVAX/USDT Buy ✅ What Is Avalanche (AVAX)? Avalanche is a layer one blockchain that functions as a platform for decentralized applications and custom blockchain networks. It is one of Ethereum’s rivals, aiming to unseat Ethereum as the most popular blockchain for smart contracts. It aims to do so by having a higher transaction output of up to 6,500 transactions per second while not compromising scalability. This is made possible by Avalanche’s unique architecture. The Avalanche network consists of three individual blockchains: the X-Chain, C-Chain and P-Chain. Each chain has a distinct purpose, which is radically different from the approach Bitcoin and Ethereum use, namely having all nodes validate all transactions. Avalanche blockchains even use different consensus mechanisms based on their use cases. After its mainnet launch in 2020, Avalanche has worked on developing its own ecosystem of DApps and DeFi. Different Ethereum-based projects such as SushiSwap and TrueUSD have integrated with Avalanche. Furthermore, the platform is constantly working on improving interoperability between its own ecosystem and Ethereum , like through the development of bridges. 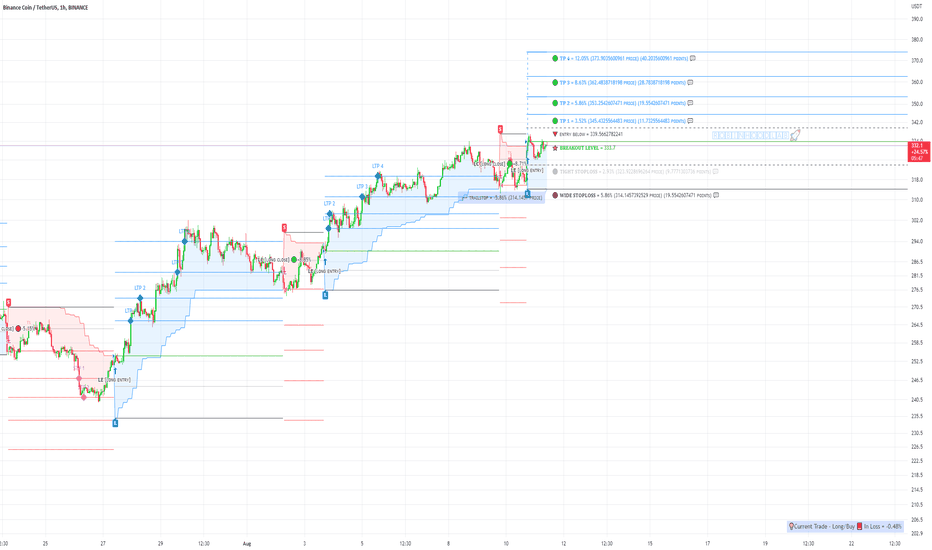 BNB/USDT Buy ✅ What Is BNB? Launched in July 2017, Binance is the biggest cryptocurrency exchange globally based on daily trading volume . Binance aims to bring cryptocurrency exchanges to the forefront of financial activity globally. The idea behind Binance’s name is to show this new paradigm in global finance — Binary Finance, or Binance. Aside from being the largest cryptocurrency exchange globally, Binance has launched a whole ecosystem of functionalities for its users. The Binance network includes the Binance Chain, Binance Smart Chain, Binance Academy, Trust Wallet and Research projects, which all employ the powers of blockchain technology to bring new-age finance to the world. BNB is an integral part of the successful functioning of many of the Binance sub-projects. 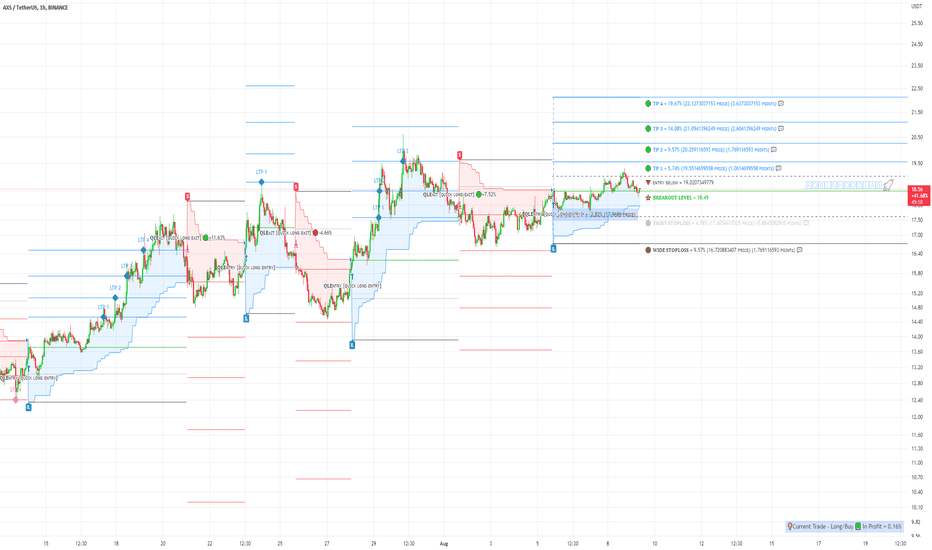 AXS/USDT Buy ✅ What Is Axie Infinity ( AXS )? Axie Infinity is a blockchain-based trading and battling game that is partially owned and operated by its players. Inspired by popular games like Pokémon and Tamagotchi, Axie Infinity allows players to collect, breed, raise, battle and trade token-based creatures known as Axies. These Axies can take various forms, and there are more than 500 different body parts available, including aquatic, beast, bird, bug, plant and reptile parts. Parts from each type class come in four different rarity scales: common, rare, ultra rare and legendary — and Axies can have any combination of body parts, making them highly variable and often rare and unique. Each Axie is a non-fungible token (NFT) with different attributes and strengths and can be entered into 3v3 battles, with the winning team earning more experience ( exp ) points that are used to level up an Axie's stats or evolve their body parts. These Axies can be bred together to produce new and unique offspring, which can be used or sold on the Axie marketplace. The Axie Infinity ecosystem also has its own unique governance token, known as Axie Infinity Shards ( AXS ). These are used to participate in key governance votes and will give holders a say in how funds in the Axie Community Treasury are spent. 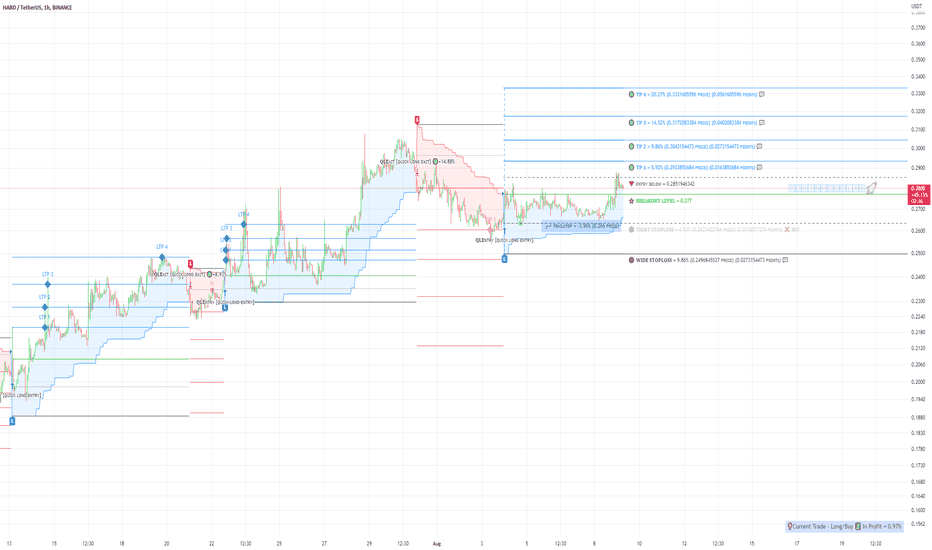 HARD/USDT Buy ✅ What Is Kava Lend? Kava Lend is a decentralized money market built on the Kava Platform that enables the lending and borrowing of cross-chain assets. Kava Lend supports supply-side deposits for BTC , XRP, BNB, BUSD, and USDX. The platform will allow overcollateralized borrowing for supported assets. 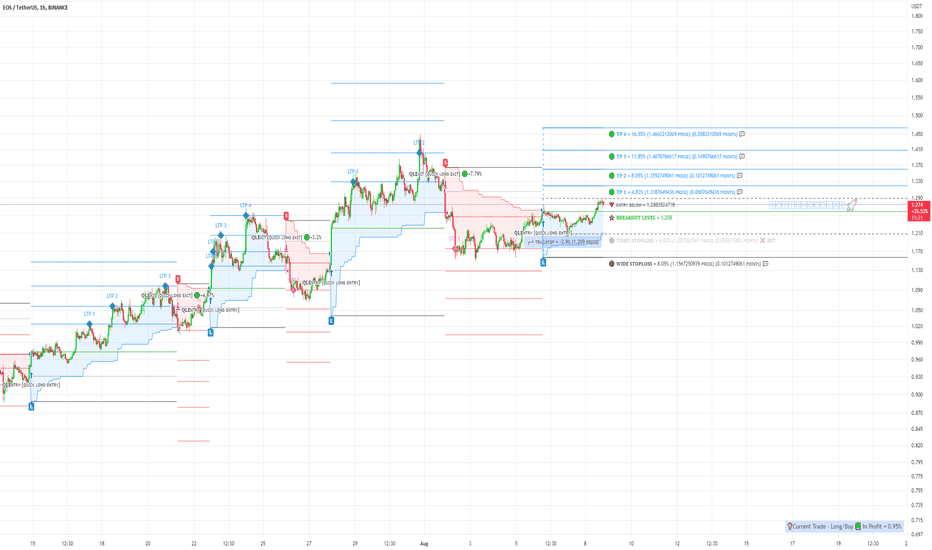 EOS/USDT Buy ✅ What Is EOS? The EOS Network is an open-source blockchain platform that prioritizes high performance, flexibility, security, and developer experience. As a third-generation blockchain platform powered by the EOS virtual machine, EOS has an extensible WebAssembly engine for deterministic execution of near fee-less transactions. EOS is the market's most scalable, divisible, and programmable digital currency. EOS is a Delegated Proof of Stake (DPoS) network where stakeholders have the authority to select node operators. Due to the decentralized nature of the token distribution on EOS , power doesn't reside in the hands of block miners, but rather all parties involved in the EOS Network. The EOS Network is attractive because of its technology and community. It allows developers to build projects that other blockchains cannot support. The network is straightforward and has multiple tools and educational resources to help users acclimate to the blockchain. 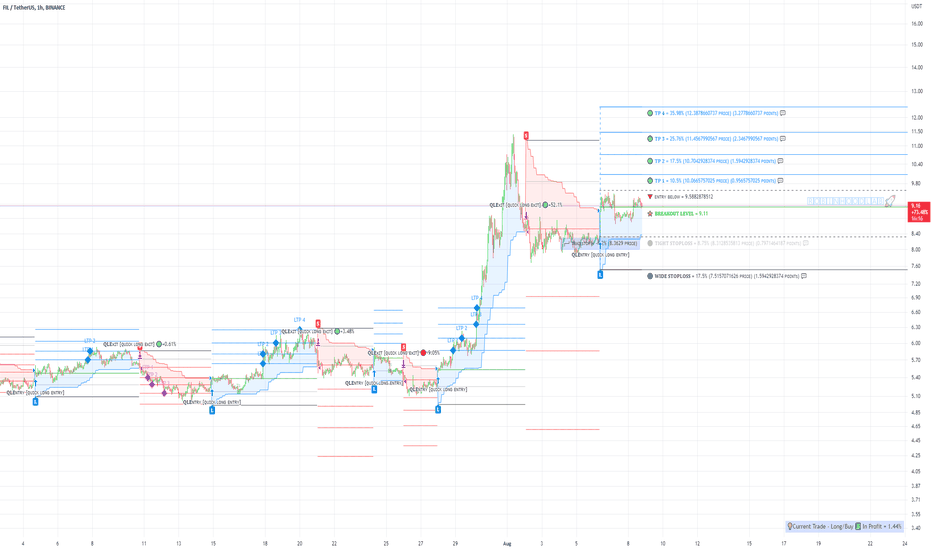 FIL/USDT Buy ✅ What Is Filecoin (FIL)? Filecoin is a decentralized storage system that aims to “store humanity’s most important information.” The project raised $205 million in an initial coin offering ( ICO ) in 2017, and initially planned a launch date for mid-2019. However, the launch date for the Filecoin mainnet was pushed back until block 148,888, which is expected in mid-October 2020. The project was first described back in 2014 as an incentive layer for the Interplanetary File System (IPFS), a peer-to-peer storage network. Filecoin is open protocol and backed by a blockchain that records commitments made by the network’s participants, with transactions made using FIL, the blockchain’s native currency. The blockchain is based on both proof-of-replication and proof-of-spacetime.